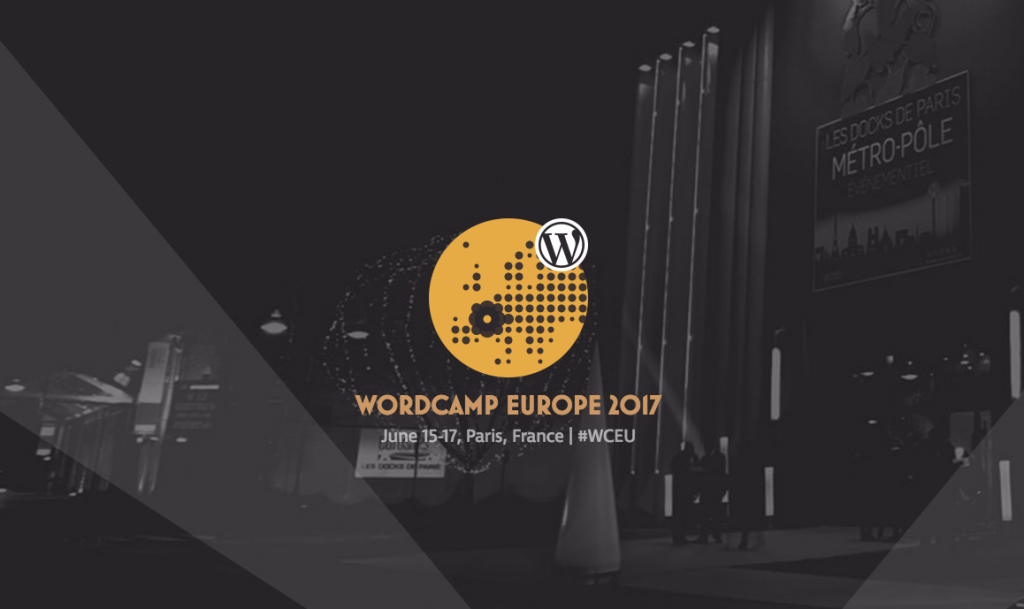 WordCamp Europe is over and the community has outdone themselves again! This world class event brought together the largest number of WordPress developers and users in one place.

Hosted in Paris at the Les Docks de Paris this year, with over 1,900 in attendance and available on live stream if you couldn’t make the event. Live stream attendance was over 1,000, and if you missed that too, no worries it’s all available on wordcamp.tv!

Following main WordCamp event days, Contributor Day typically follows. Instead, it was moved to the day before and overall this seems like a good move. It’s increased attendance numbers and it’s a great way to kickoff WordCamp by taking part in something hands on or giving back.

WordPress Polyglots at #WCEU contributor day, translating to so many languages! Thank you for coming! ❤️✨ pic.twitter.com/bGvnfTIBYI

A few of our favorite WordCamp Sessions

These are just a small numbers of events we got to enjoy. For the full list check the #wceu schedule.

Ivelina Dimova: Make your own WP-CLI in 10mins

We were excited for this session from our experience creating WP-CLI Shifter, the command line interface to manage your account. Extending the WP-CLI can help you reduce time on repeat tasks unique to your workflow or create open source packages for others to contribute to.

[TALK] Saturday, June 17, 2pm, Pullman — @iv_wp will give you an overview on making your own WP-CLI command. https://t.co/qWc9ZJtHEk pic.twitter.com/yWFYYf9upy

This covered an in-depth look into many parts of WooCommerce. One of the best we’ve seen covering the evolution and history of this most popular eCommerce plugin for WordPress. Our experience with WooCommerce is with building scalable solutions that are secure. Our recent post with online design retailer CROWDYHOUSE running WooCommerce overlaps some of the topics mentioned during this presentation. They were able to improve load times by 70% by moving to AMIMOTO.

Otto Kekäläinen, CEO of Seravo Oy and contributor to the MariaDB Foundation discussed Xdebug and performance profiling. For large sites, memory leaks from PHP or errors can create bottlenecks and scaling issues. By targeting these issues with tools like Xdebug developers can resolve quicker and get back to new features.

[TALK] Friday, June 16, 10am, Eiffel — Want to learn what XDebug is capable of? @ottokekalainen will teach you https://t.co/oWBdtHoy4F #WCEU pic.twitter.com/7M6b6wBK69

Mark Jaquith: Security is a Process

One of the most impressive talks of this day was by Mark Jaquith by the title, Security is a Process. He focused most of his discussion of WordPress security around code and methods he uses to keep it secure. One being DRY or Don’t Repeat Yourself. By taking this approach you write code that can be expanded on and improved with a smaller footprint. Write functions or methods that are reusable rather than recreating them as needed.

During #WCEU @markjaquith explained us security is a process and not only a plugin that you install. Thank you Mark! pic.twitter.com/asOzzbpPjA

Andrew Nacin, long time lead developer of WordPress presented, People Over Code. This talk highlighted a few idea including putting people at the center of a solution. Starting with that you can shift how to get there and how successful that solution might be. Code is just code but, writing with intent and purpose can make a difference.

Gutenberg is a block level editor for creating rich content within WordPress. If you’ve ever avoided using shortcodes to create markup on your website you’ll get a lot of use with this.

While this idea isn’t that brand new with other plugins similar to this feature do exist such as ACF Flexible Content Fields for creating custom content blocks for users. It’s it still very exciting to bring these feature into Core and make it extendable.

Javascript has always been a challenge for WordPress developers and Gutenberg is going to need some solid JS to make it a WordPress fan favorite. Last year at WordCamp US Matt challenged everyone to dive deep into learning Javascript (specifically, to learn Javascript deeply) so this new project is a great place to contribute those new skills.

It’s available now in the plugin directory. Beware, it’s early days for this and they advise not using it on production sites unless you’re really brave.

Each year new technologies get mentions or full sessions dedicated to bleeding edge topics. In 2015, that was the introduction of Let’s Encrypt with free SSL for all. This year there were mentions of Serverless and Static Site Generates more than any other WordCamp before it.

It’s a new topic and gaining interest for its ability to scale and security advantages over running WordPress with PHP. We think that static combined with Serverless has the biggest advantage.