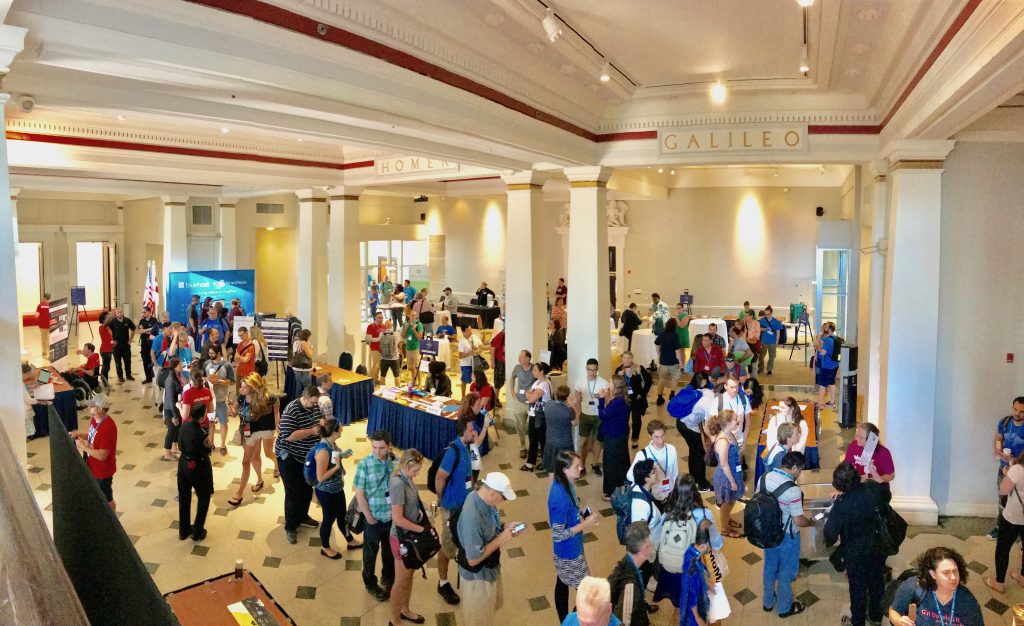 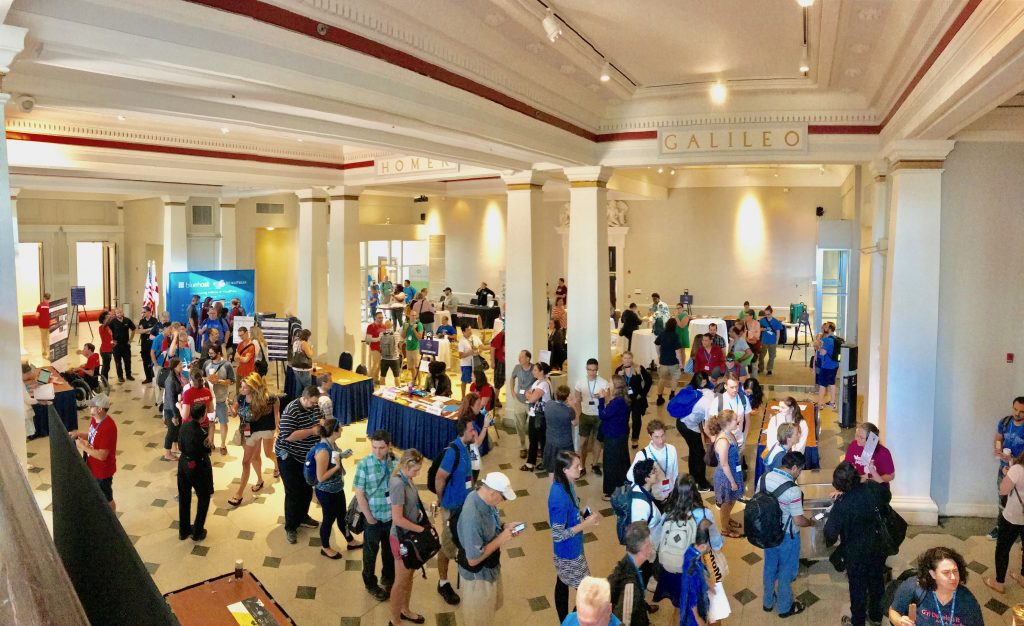 WordCamp DC was a blast!

This weekend left me thinking, how has this not happened before? The quality of speakers and variety of sessions came together at the historic Carnegie Library to create a truly unique experience and I cannot wait for WordCamp DC 2018.

I would have never guessed this was a first-time event in Washington DC. The volunteer team and organizers did a fantastic job of keeping the energy high and everyone engaged.

Speaking with one of the organizers, I learned that there was an overwhelming number of speaker submissions. Which is great! Engaging the community and bringing out seasoned speakers to present interesting topics is a difficult thing to do.

One of the things I enjoyed most about WCDC was the variety of topics and level of knowledge those speakers brought to their sessions. There wasn’t a session I attended that the Q&A portion didn’t go over time.

To prepare, Shifter recommends a visit to the onsen (spa) to gear up for the intense weekend.

Among firsts, this was also my first time speaking at WordCamp.

Receiving my speaker’s acceptance notice was both terrifying and exciting. Terrifying because now that submission for your talk idea is a real thing and exciting because I have an opportunity to share and give back. This was something new for me but I saw it a learning experience so I decided to give it a try.

Alternative Hacks for WordPress security from the outside looking in by Daniel Olson at @wordcampdc #notes #WCDC pic.twitter.com/cD0Dl5KOO8

This was also a weekend I got to wear some of the latest Shifter SWAG. In preparation for WordCamp for Publishers we have Shifter shirts on the way and available for WordCampers attending the Denver event this August.

If you don’t know what the happiness bar is, it’s an area to meet, ask questions, get help, and discuss topics further with speakers and volunteers to learn more.

I learned that it’s typical to invite people to meet you at the Happiness Bar to continue the conversation if people have more questions.

It’s one of those things you don’t notice until you experience it first hand and a lot of speakers did this but it hadn’t occurred to me before.

Joe Casabona runs a website called WP in 1 Month and presented the session titled, What I’ve Learned from asking, “How did you build that?”.

One of the points he made during his talk was, Just do it. This idea and example were from the book, The Last Lecture written by Jeffrey Zaslow. Without giving too much away, it touches on the idea of what can happen simply by asking.

You can build a career on this concept, solve real problems or simply speak at your next local WordCamp. If you’re passionate about a topic, share it. It takes 5 minutes to write a paragraph and apply. You will not regret it.

"All you have to do is ask" – @jcasabona blending life lessons and growing a business @wordcampdc #WCDC pic.twitter.com/hQa5tuX489

I applied to speak to speak at WordCamp DC on the topic of Security.

My session was titled, Alternative Hacks: WordPress Security from the outside looking in.

The slide deck is available here. For any follow-up questions, feel free to contact me on Twitter at emaildano.

After my talk, I was asked a few follow up questions in the hallway. What I realized is these questions stemmed from topics I touched on during my session but could have explained better.

I’m looking forward to speaking again and even delivering the same talk for this reason. What I’ve learned here I can make improvements the next time around. When you give back by speaking you not only deepen your understanding of the topic, you gain more insight into helping others understand what you are speaking about.

One of the most interesting and surprising talks I attended was Don’t fear the Regex by Sandy Smith.

Regex is one of those things that we all use from time to time but couldn’t use it without Google’ing how to, it every time.

Sandy’s presentation clear and concise, demystifying Regex and giving a clear explanation of how and when to use it.

Regex is difficult for when we have all the time in the world. Stan annotated Regex talk like Neo from the Matrix, controlling all expressions and characters with ease.

Stan, we are not worthy.

I get the impression from some of the questions I received, that not much has changed about hosting.

From the time WordPress launched until now it’s been relatively the same. Servers are servers, PHP is still PHP but faster and more secure but overall it’s the same recipe.

The more I this hear this, the more I see a fit and need for Serverless hosting for WordPress. Scaling sites vertically, horizontally or otherwise is money, time, deep server knowledge and more.

All of which have little or nothing to do with WordPress. The time spent figuring out how to scale a simple site is time spent not working on your project.