Straight A PageSpeed scores for WordPress sites on Shifter 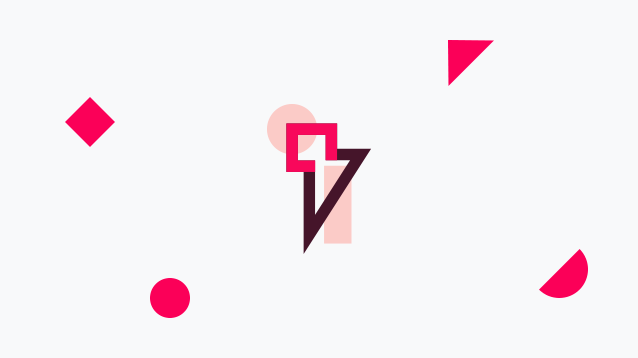 Like any developer, we are always looking for ways to improve the tools we use and depend on. For us, that means improving Shifter and pushing the boundaries of what’s possible on a serverless WordPress hosting platform.

And without leaving the smaller improvements behind too.

One of the smaller changes we’ve rolled out most recently was the addition of Expires headers on the static version of your WordPress site.

These headers play a crucial role in caching and are now automatically added to every new site generated and deployed with Shifter.

With this update, WordPress sites on Shifter can achieve a better PageSpeed score with no additional config.

Putting it to the test

Testing this on one of our favorite tools, GTMetrix, we are happy to report a grade of A across the board and a page load time of 472ms!

We also headed back to WebPageTest.org to give that a try which is how we started down this path. A user reached out to us about an odd page speed score on that site using Shifter and we wanted to see what we could do to fix it.

Testing on WebPageTest again we are also happy to share another perfect score!

We’re working on it. Anything less than 100% on GTMetrix and sites like it originate from the twenty-seventeen theme itself. Some of those marks includes what GTMetrix doesn’t account for yet including HTTP/2.

According to their blog that’s in the works. That’s important because not all browsers have issues with render blocking assets, js, css now with support for HTTP/2.

For more into on that, we covered the topic of HTTP/2 in another post on our sister product AMIMOTO. All of our products support it including Shifter! 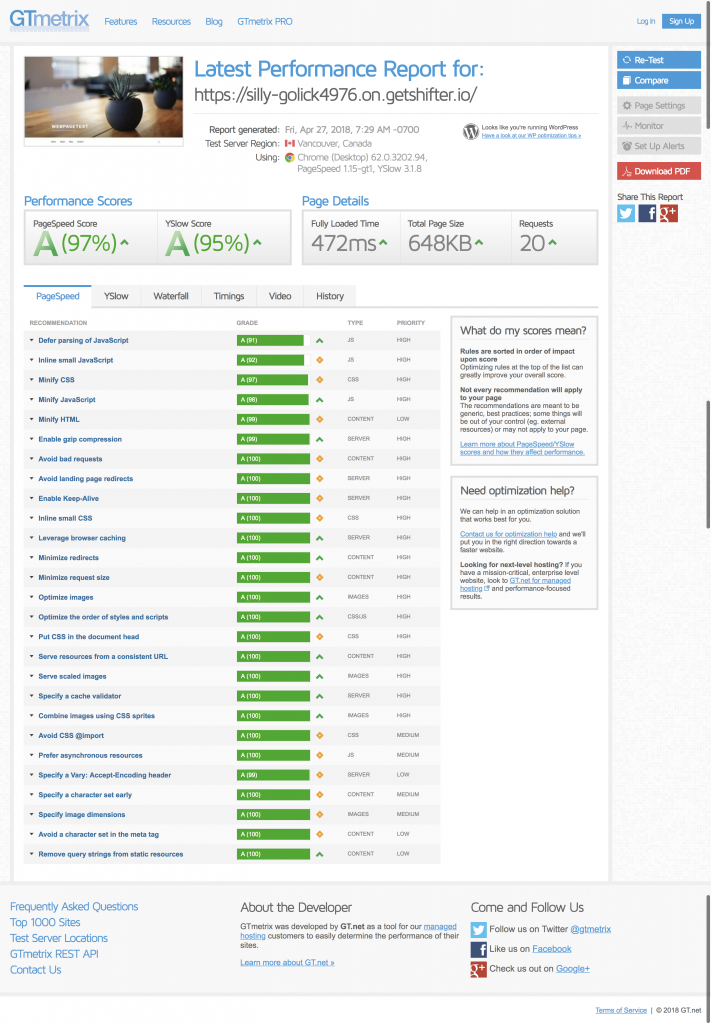 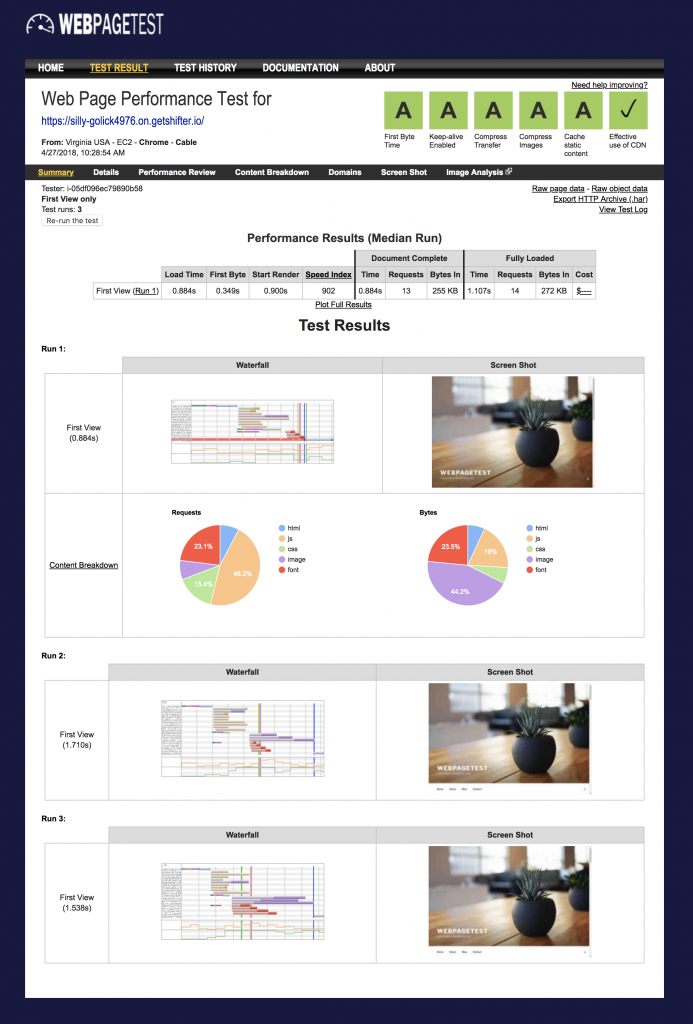