This is your WordPress on Shifter. A Speed Test. 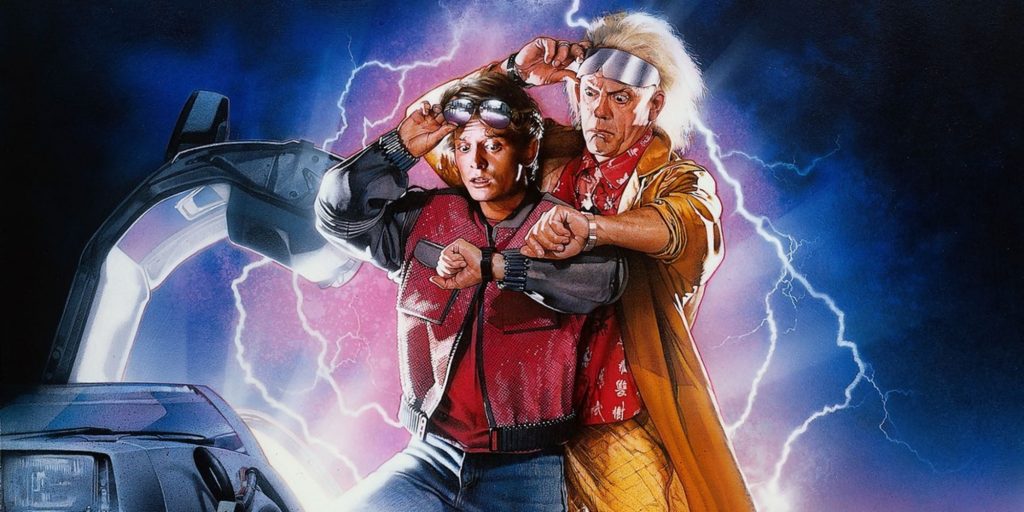 Building Shifter we aimed at creating something that was more secure, scalable, and fast. Really Fast. 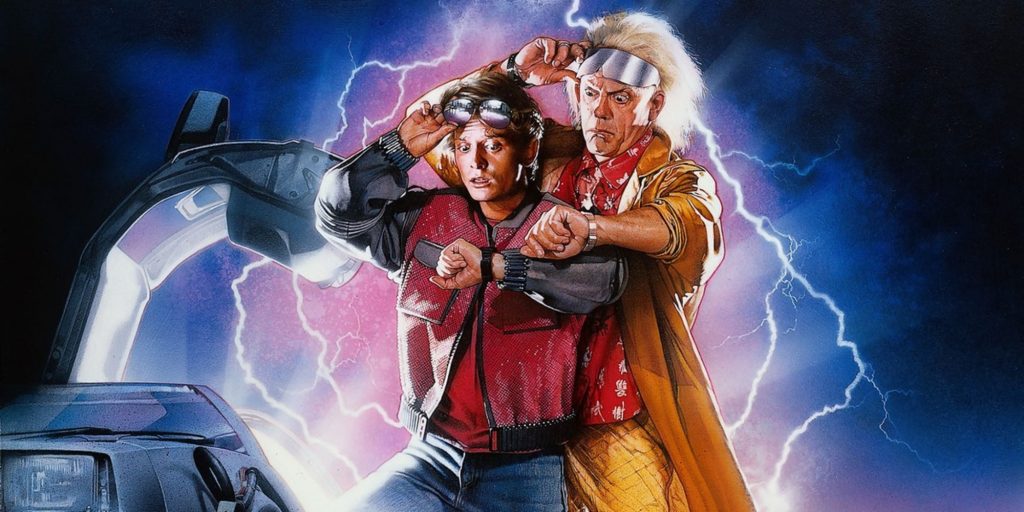 By design those first two, secure and scalable, are taken care of. The unique way Shifter handles the WordPress installation and Dashboard is so that only Shifter users can access that area. Placing each WordPress installation in a secure environment that starts and stops only want you need to edit content puts distance between you and anyone looking for trouble. In fact, intruders can’t crawl Shifter for admin URLs to brute force attack since they’re generated each time WordPress powers up. All together it’s an up hill battle for bots or malware looking to wreak havoc.

The scalable, static pages generated with Shifter get deployed globally using Shifters CDN. Each page and asset is then distributed across a far-reaching network placing content closer to your users wherever they might be. So, when that time comes and you’re on the front page of Reddit your site won’t fail. It will scale with any number of visitors looking to learn more your brand, company, wig wearing cat, or whatever you share with the world.

Last but not least, we promised Shifter would be fast. WordPress requires PHP, MySQL, Apache or NGINX, a beefy server if you want to scale, or even that site distributed across many servers that scale if you’re looking to go big time. Shifter’s answer to all that noise is to flatten the files you need, send them to a CDN and power down the thing (WordPress) that only the admins need access to.

For our simple speed test we decided on one of the many (and free) performance testing tools out there. GTmetrix is a great tool if you want quick insights into areas of improvement. This was our choice for simplicity, availability, and it’s WordPress friendly.

We created a fresh WordPress install for this test. The latest theme is pre-installed and available to any user looking to test this on their own so there’s common ground.

Standing up a new site with Shifter is easy. All you have to do is login and start a new project. From the Shifter Dashboard you can create a new project with one click. Shifter begins installing WordPress and we’re almost ready to test. 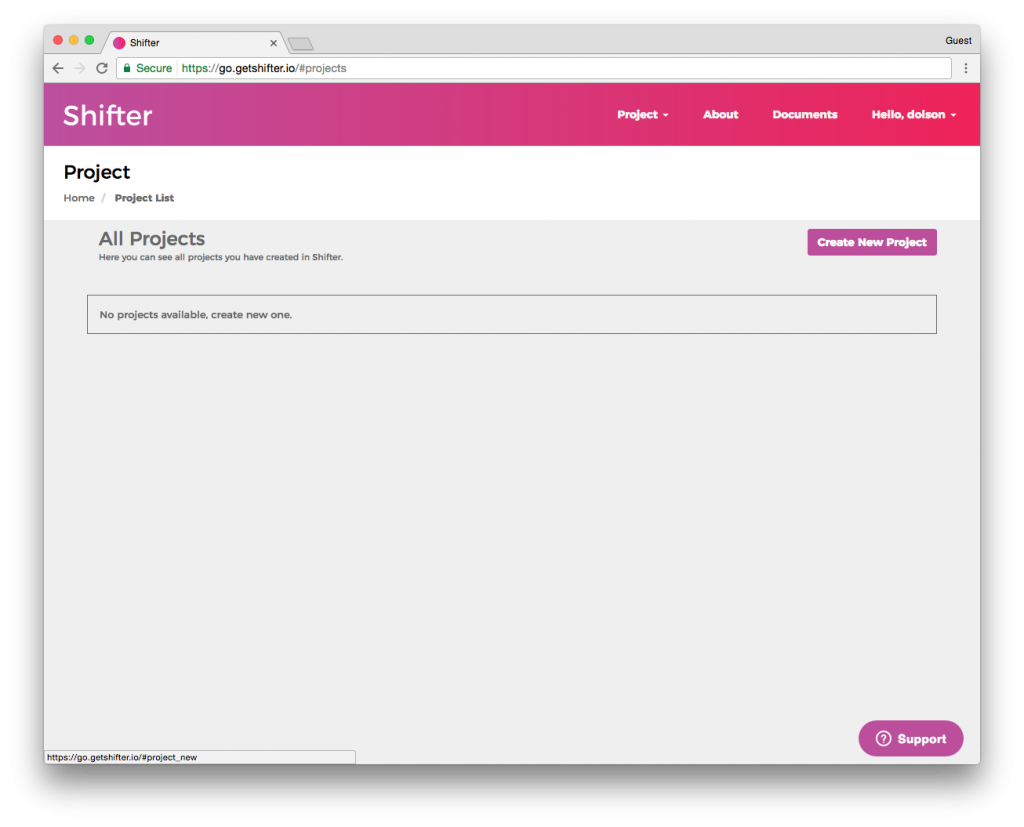 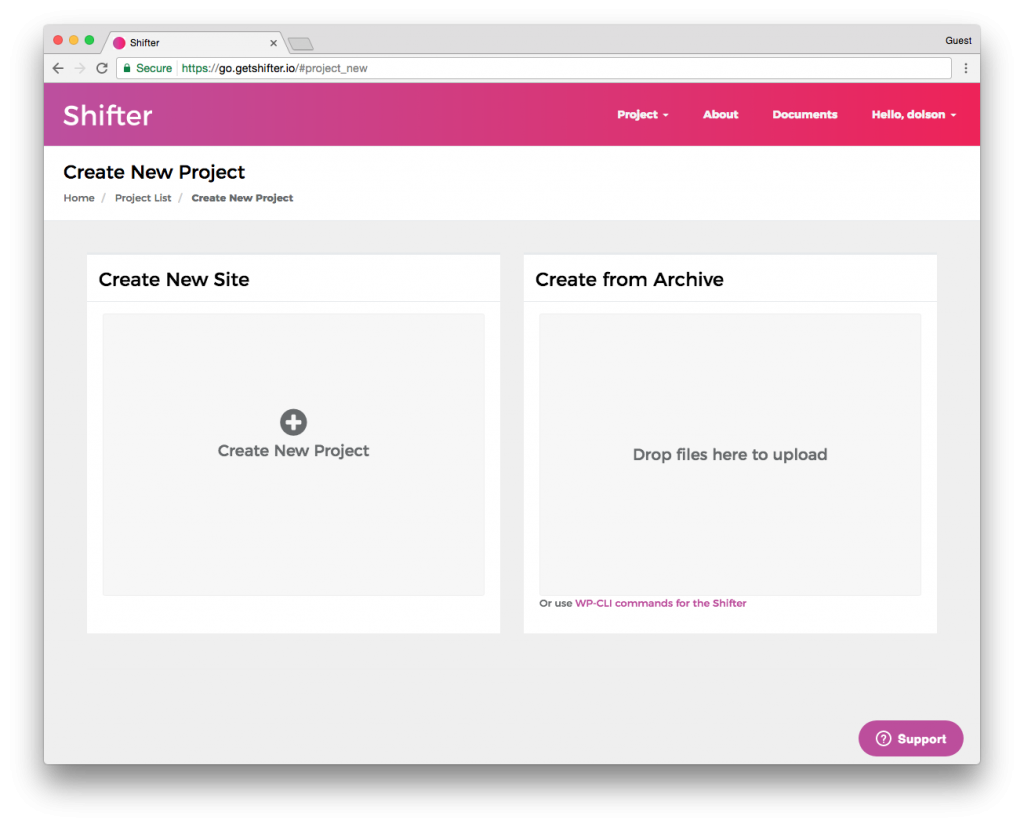 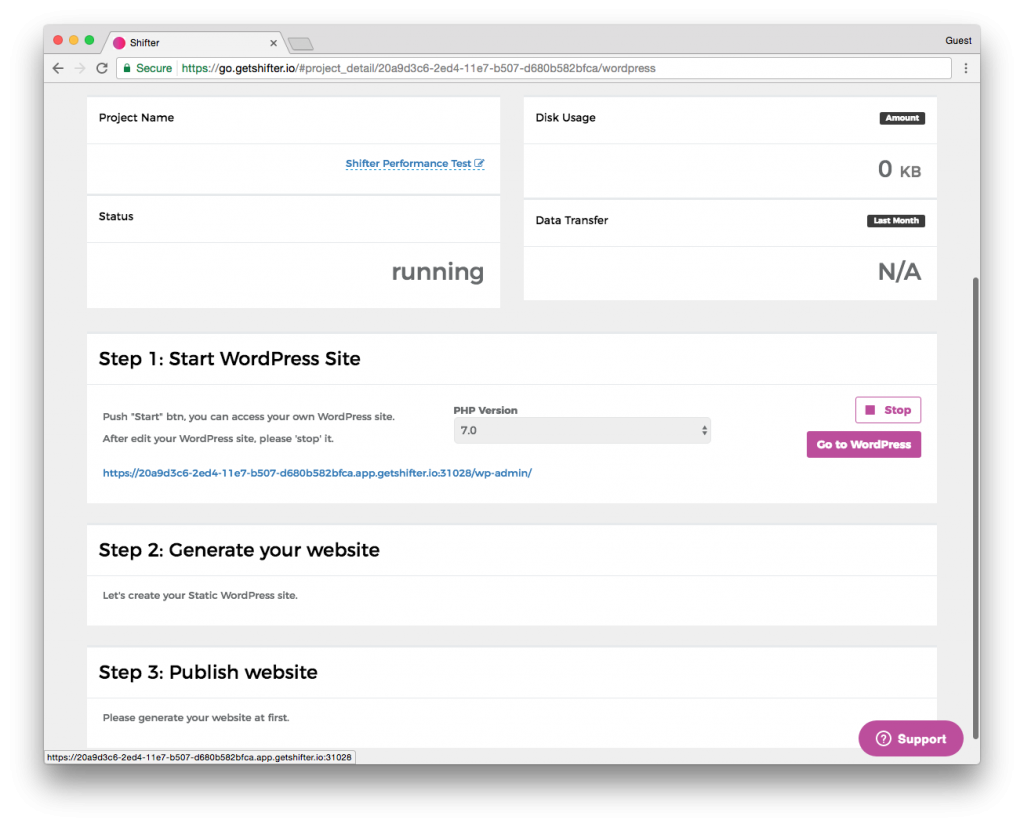 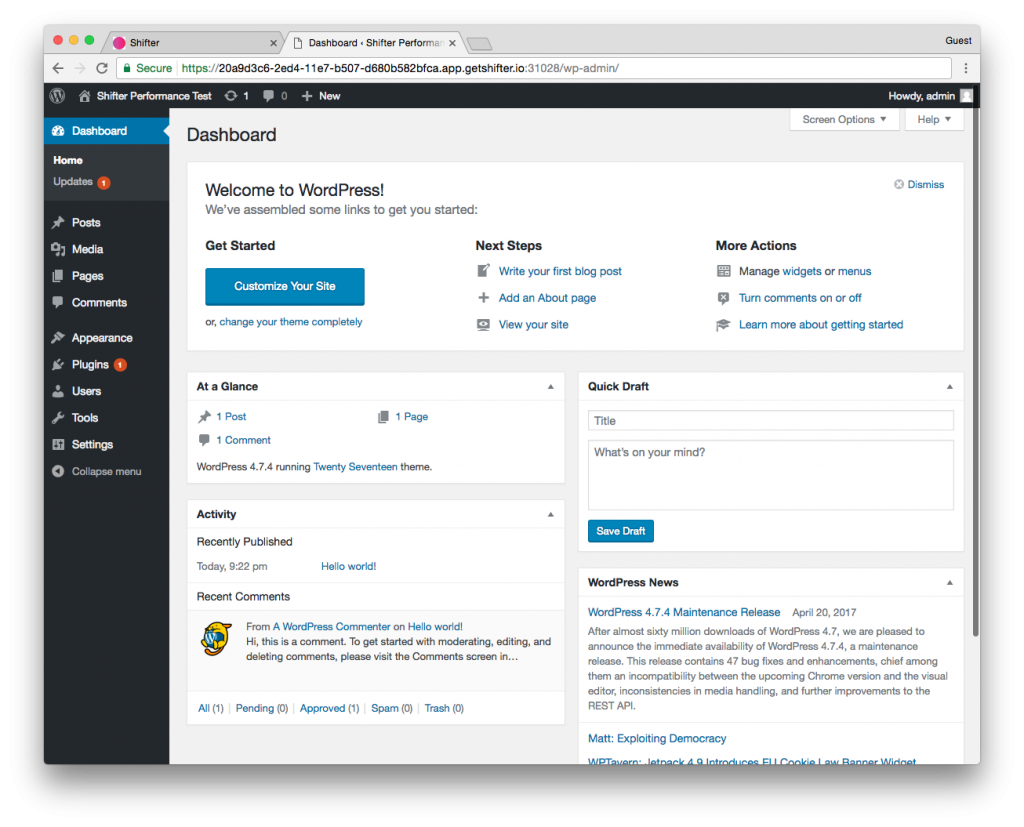 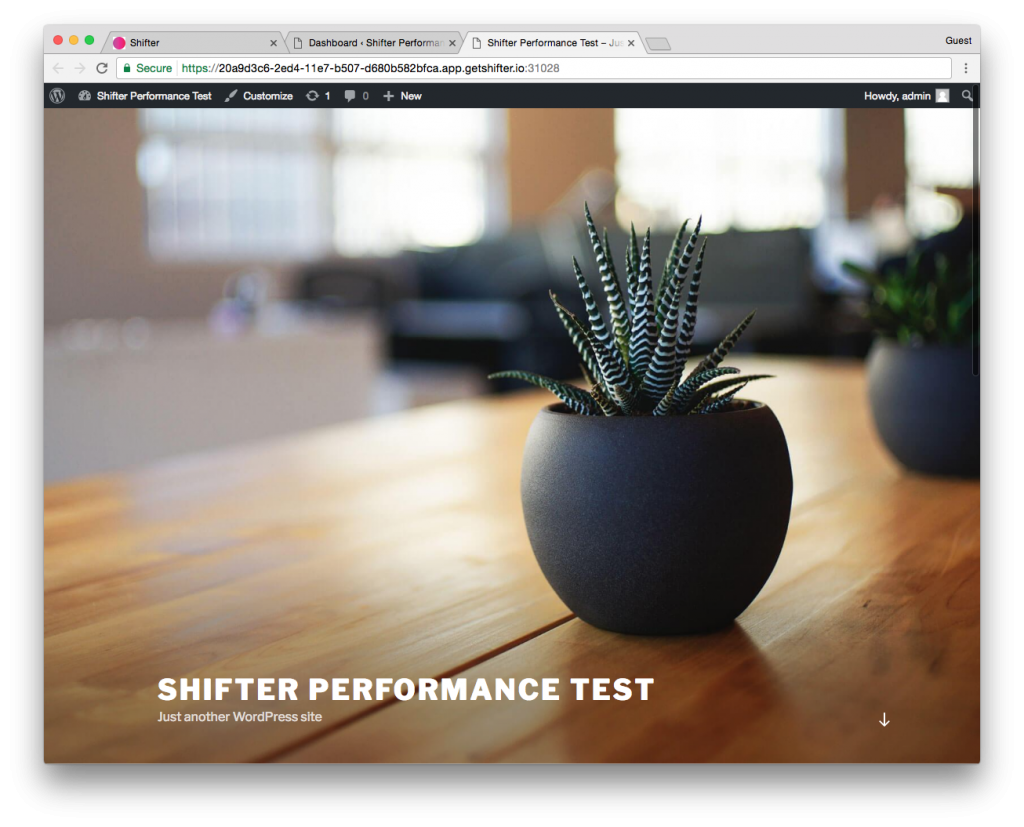 At this point we have a new site running in a familiar hosting environment. Our test site is running on PHP 7 in a Docker Container deployed and managed by Shifter.

We can now drop new web address into GTmetrix for testing.

No surprises here, with an average load time of 2.1s. For a new installation of WordPress running the default theme it’s not bad. A few other metrics to note here are Requests at 13, and Total Page Size at 258kb.

Just a reminder, this is WordPress before generating the same site with Shifter. 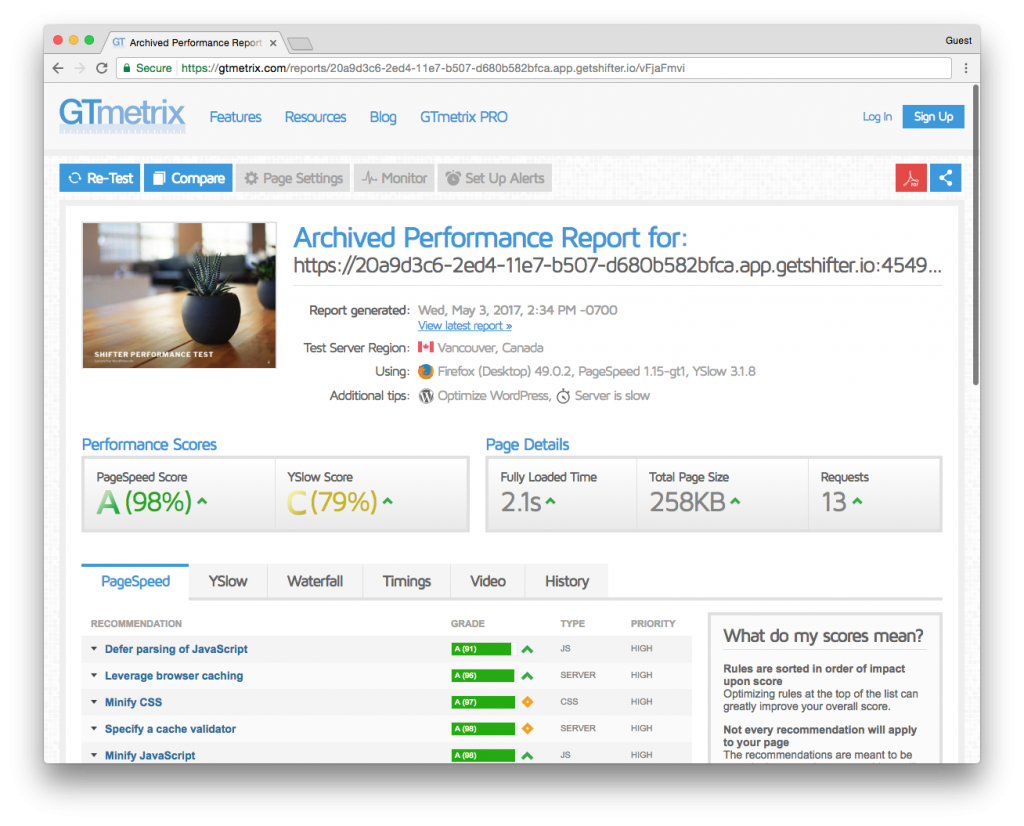 To begin testing the same WordPress installation with Shifter you must first generate a new version of that site. To begin, stop the app, and click the generate button from with in the Shifter Dashboard.

Shifter will begin to crawl each page of your site creating a static doppelgänger of the site we just launched. 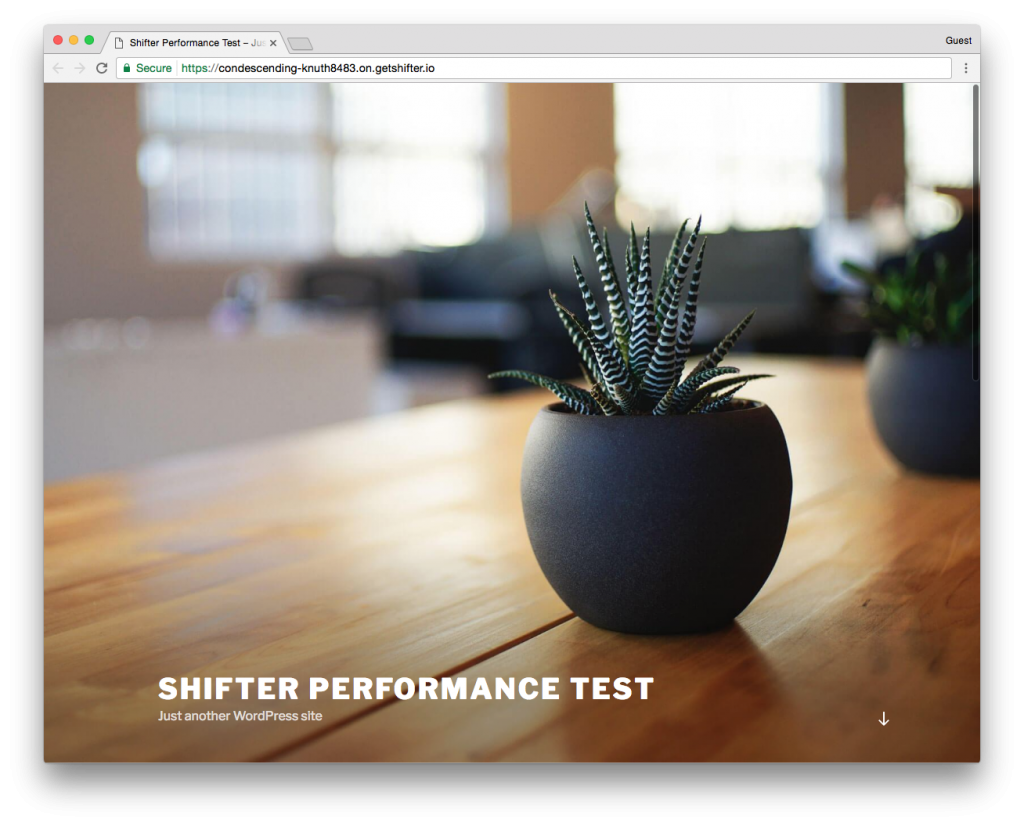 Now that we have our new static site created with Shifter we can begin to compare the load time. 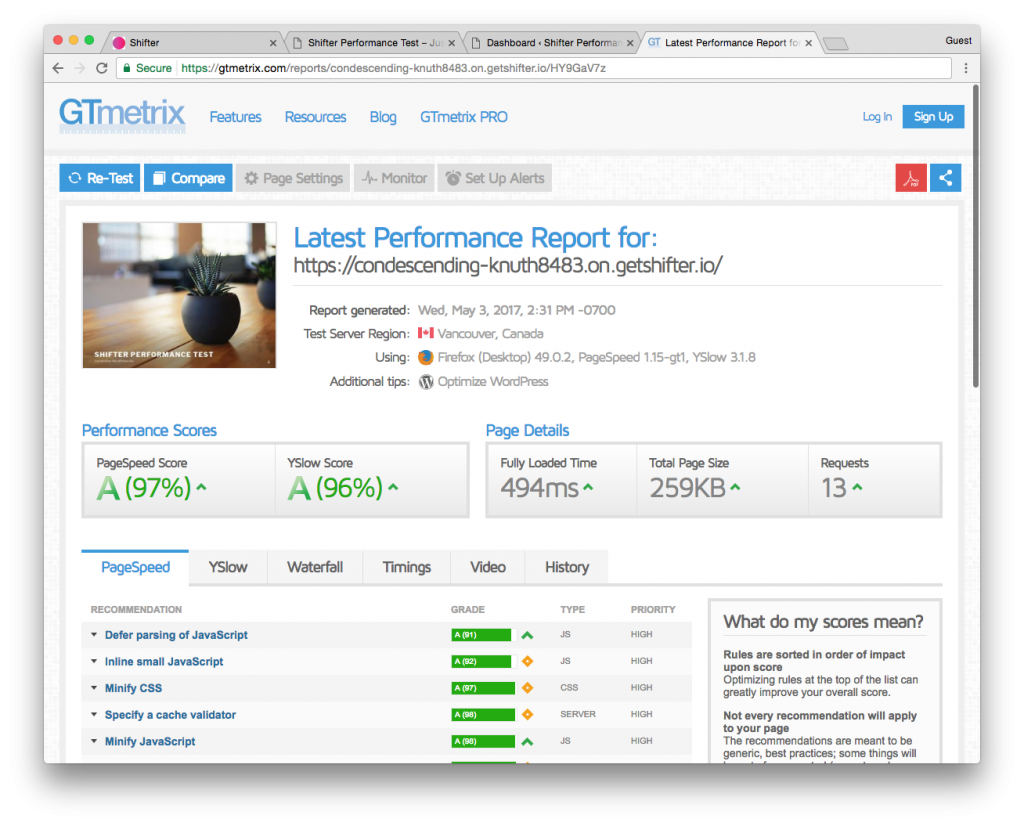 Testing the version Shifter created shows a significant reduction in load time. It clocked a Fully Loaded Time of just 494ms. That’s a whole 1706ms faster than the previous version.

The number of requests remains the same as Shifter doesn’t focus on changing your markup but rather how it’s served. There is 1kb added to the Shifter version of the site and this is likely from the timestamp added to the footer of each page.

Moving your WordPress site to Shifter could be an easy way to speed up your site. In this case by 445% (or 4.45 times faster) with no changes to the codebase, addition of plugins, caching, or other tricks. Just let Shifter do its thing.

More importantly, you can begin to get that performance boost with once click and maintain that speed even when your site traffic peaks and valleys.

Try out for yourself by creating an account today. Import your favorite project or stand up a new site in a few clicks.

PS: We make no claim that we own that Back to the Future image, We’re just big fans.