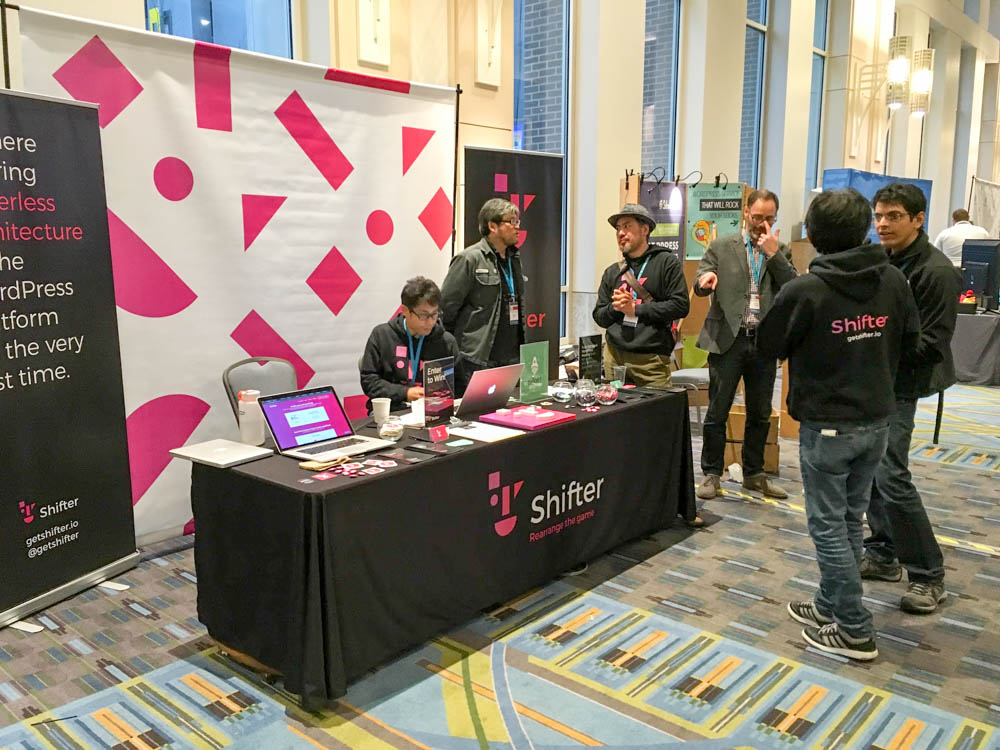 Team Shifter was thrilled to be a sponsor at WordCamp U.S. in Philadelphia, PA from December 2-4, 2016. Our days (and nights) were action-packed, and we loved meeting other members of the WordPress community and discussing innovations in our industry. We were so proud to introduce Shifter to the world and bring serverless architecture to WordPress for the very first time.

J2 Design, our partner company, designed our booth and helped us staff it. Thank you for your help! 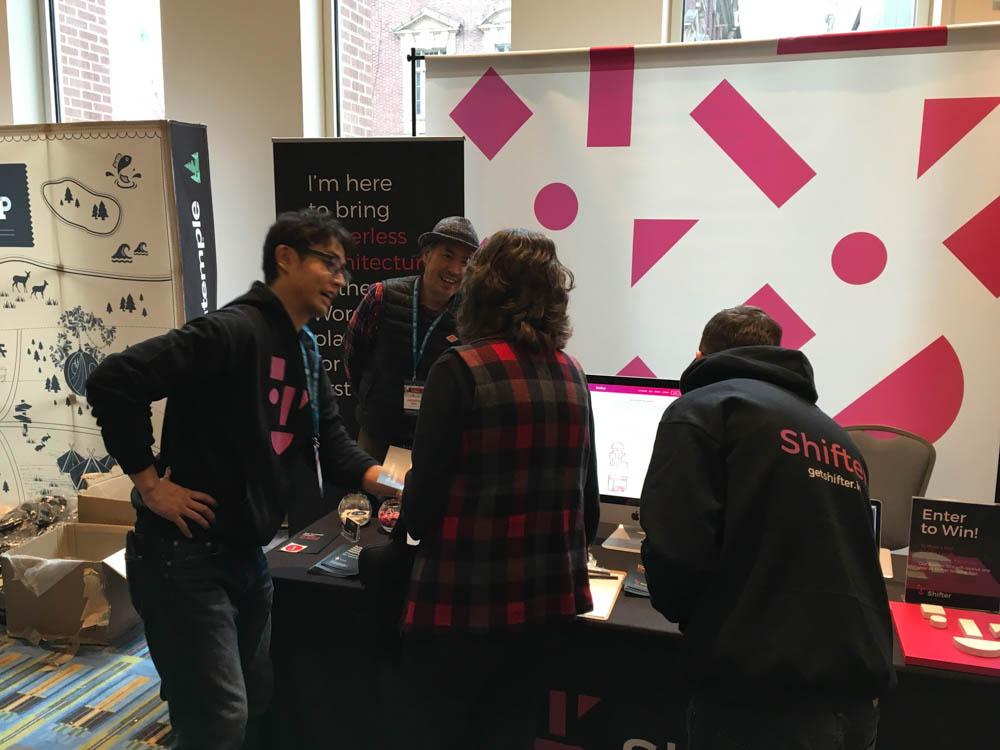 We created a game using Shifter’s face icon. Many people stopped by our booth to “make” a face—and then posted those faces to SNS. We loved seeing people interact with the Shifter brand and have fun at our booth. Thank you for sharing your faces with us!

So I must make a face? Challenge accepted. #getshifter pic.twitter.com/I72tPBHOIO

We’re updating Shifter based on the conversations we had with many of you at WordCamp. And we’ll keep adjusting it to make it the best it can be.

If you haven’t tried Shifter yet, get started today!